5 secrets of successful candidates who ace their job interview 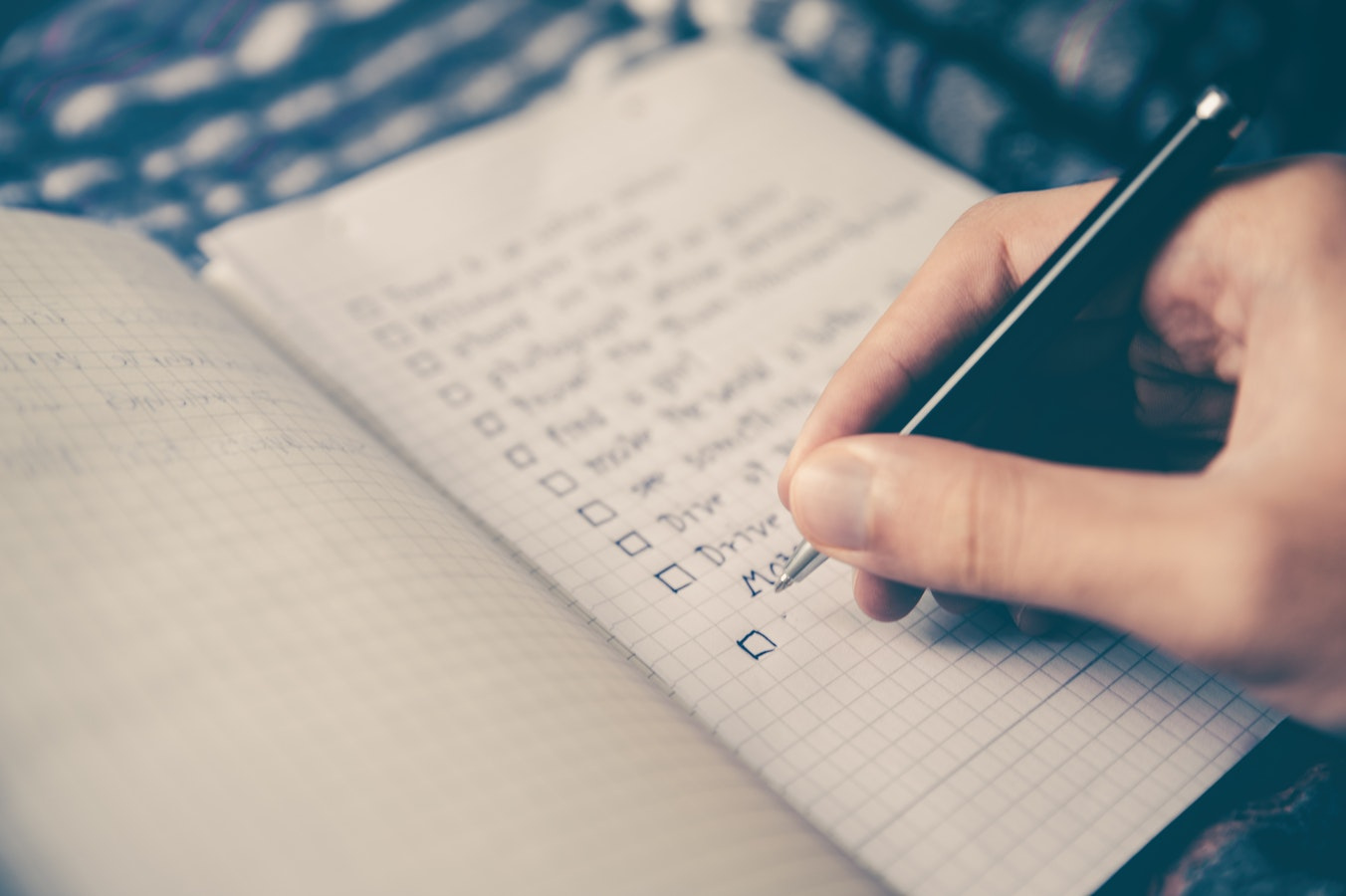 The post-interview feedback to your recruiter. It’s become an all too common fixture to the recruitment process. How did you feel the interview went? Did you have any concerns about the role, the organisation, or the interviewer? Do you wish to progress with this role?

This line of questioning is not because the recruiter wants to pry for the sake of it. It’s an inherent part of their job, and it's aimed at improving results for both you and their client. Essentially, your recruiter needs to know whether or not you passed the job interview with flying colours before evaluating how to progress with your application. Whether you 'aced' the interview or 'tanked', the recruiter then needs to assess the next steps for you.

Yet, this only reveals half the story.

You could turn up to a job interview on time, dressed smartly. You greet the interviewer with a big, warm smile and a firm handshake, and answer every technical question to the satisfaction of the interviewer. You may have walked out of that interview feeling elated and confident that you had answered the questions really well, and there is no way the employing organisation is not going to hire you!

However, the initial optimism gives way to wild confusion and bewilderment a few days later, when the recruiter calls you to say that the client has rejected your job application. On hearing those words, you become short of breath and your thoughts become clouded. You desperately try to recall every moment of the job interview and where you could have put a foot wrong. The recruiter is talking with you on the ‘phone, and amongst the million thoughts going through your head, you vaguely hear the words, ‘fierce competition’, ‘cultural fit’, ‘may find it difficult to adapt’, or even, ‘no specific reason given’. You don’t know. You just ‘tuned out’ of the conversation as soon as you heard the words, “I’m sorry to say it”. At this stage, they were just words with little meaning.

"On hearing those words, you become short of breath and your thoughts becomes clouded."

This is more frequent than anyone would care to know. In every city up and down the whole of Asia, and indeed around the world, candidates will be receiving such disappointing news. But in a number of those cases, it could so well have been avoided. In fact, you could have experienced a reversal of fortune with the call from your recruiter instead being, “Congratulations! They really liked you! You’ve been invited to the next stage of the interview!” And this is the crucial aspect - the recruiter saying, ‘they really liked you’. Not only did the interviewer feel you were qualified and experienced for the job, they genuinely, really liked you.

What that translates into (together with the invitation to progress to the next stage of interview) is that the interviewer can see you working together with them and their team. They feel you ‘get’ the organisation and its ethos. And they feel you would be a valuable asset to their team and can inject a new, positive dynamic that helps take their team to a new level.

In short, the hiring manager probably came out of the job interview with you feeling very optimistic and confident about you as much as you did about your own interview performance.

So what went wrong?

In many instances, candidates can put too much emphasis on making themselves out as interesting, without showing to the interviewer how interested they are in them, their role, and the organisation. The hiring manager’s goal is to hire a team player, as well as a brand ambassador for their team and organisation. Yet, your interview performance might just as well have come across as being self-centred, distant, even disinterested. That, despite your initial confidence when you walked out of that office! Perhaps you may have been trying too hard to impress?

Showing that you are interested in this role could mean that the interviewer overlooks some, not so great, answers you gave during the interview. If they see your hunger and ambition being channeled in the right manner towards this role, the hiring manager will see potential, someone whose output will greatly benefit their company, or someone whose potential can grow into the role. Any perceived flaws or deficiencies can be addressed through exposure to the right level of training, work and mentoring.

"Showing that you are interested in this role could mean that the interviewer overlooks some, not so great, answers you gave during the interview."

Of course, there are many factors that go into a ‘spectacular’ job interview, far too many to discuss in just one article. But if you had to sum it up, it would be generating the right chemistry. Despite using a scientific term, it’s not an exact science either!  Interviews are a two-way process. What you say, what you don’t say, how you say or don’t say (body language), the timing and delivery, all combine to determine the nature and level of chemistry. In addition to showing your suitability for the role, you both have to like each other, and feel you’re a great match for each other and the employing organisation. We are all human, after all.

Here are 5 key things you need to boost your interview game:

Be interested and show interest in the interviewer, in the role, in the organisation throughout the interview. Smile, nod attentively (not furiously, you don’t want to come across as a maniac) at the answers being given. Laugh, where appropriate!  Ask questions geared towards clarifying some of the responses given by the interviewer. By asking probing questions it shows that you have listened and understood the initial response from the interviewer, and you’re really ‘digging deep’ into the subject. It shows you care about the role.

If you slump in your chair, looking around the room with no interest in the role, and waiting for the interviewer to lavish you with praise and promises of amazing benefits and career prospects then, frankly, you shouldn’t be at that interview.

These questions focus on the company, the role and the interviewer. If the interview becomes a genuine discussion where you both engage actively during the meeting, most of these questions will have been answered in the course of the conversation. Given the time limits of an interview (30-45 minutes), you’re likely to have 3-4 questions spare, so you can use these at the end, when the interviewer asks, “do you have any other questions for me?”

3. How can I add value to your team/firm?

This is a crucial message you need to put across during the interview. This could be in the form of demonstrating to the interviewer how you added value in your previous roles, when asking questions that relate to this theme.

Indeed, “how can I add value to your team?” is a legitimate question, in of itself, to ask. It’s disarming to the interviewer. More often than not, the interviewer will expect you to ask questions about your own career prospects or even your own remuneration. This will really take them by surprise and for all the right reasons.

Regaling how you regularly bill 2,500 hours in each financial year will be of no use to a Head of Legal who relies upon other Key Performance Indicators (KPIs) to assess performances of his team members. Likewise, a law firm partner may well have difficulty seeing how your dealing with 80 commercial contracts in a bank will be of relevance to his IPO team.

Relevancy is a crucial criterium when assessing your suitability for a job vacancy.  Your answers have to relate to (and can tackle) the issues or challenges that the hiring manager is facing. That will give the hiring manager more confidence in your ability to handle (and even excel at) the role on offer.

It's all about this

In essence, the reason why a job vacancy has arisen is because the hiring manager has a human capital issue that needs resolving. Perhaps a team member has left, or there has been an increase in business which requires additional headcount. The problem can be resolved by hiring someone experienced and qualified for the role. That someone has to perform as well as, if not better than, the person who is leaving.

Or if it’s a new headcount, they need someone who can help alleviate the workload in the team, or drive the growth of the business (be it revenue, brand equity or other aspect of the business). But having the requisite qualifications and experience are not the only factors in determining your suitability for the job. Your personality, ambition and the vibe you give off, all play an important part as to whether you would also be suitable for that team.

And let’s not forget in all this, the Head of Legal & Compliance or law firm partner probably spent the best part of a year to obtain senior management’s approval to open up a headcount. So hiring the right person for the role is critical not only to the success of their team, but also their credibility within the organisation. Their reputation, and 15+ years’ legal practice experience, hangs in the balance.

If they see you as the answer to their problem, and as validation in their own recruitment skills, then the higher the likelihood there is that you will be hired.

So, the next time you’ve been to an interview and your recruiter asks you how your interview went, additionally, read it as, “how did you think the interviewer felt his/her meeting with you went?” That may well give you some key indicators as to whether or not you aced that interview.

*Note: for the uninitiated, Mike Ross is the lead character in HBO’s TV comedy drama ‘Suits’, a show which revolves around key characters in a fictional top tier New York law firm.