What you Need to Know about NFTs – The Basics

by Press Team in Articles 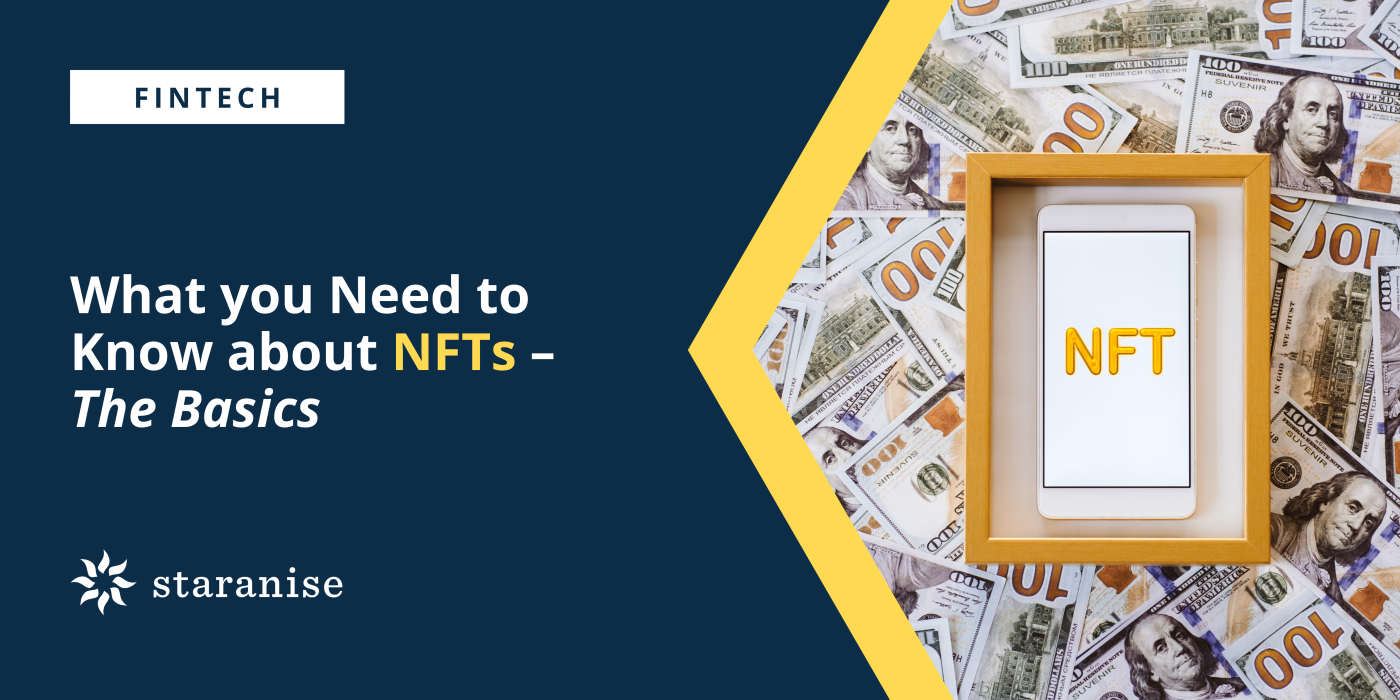 What you Need to Know about NFTs – The Basics

Since the cryptocurrency boom in 2018, the digital world has seen incredible breakthroughs with the rising popularity of technological innovations such as DeFi (decentralised finance), NFTs and the metaverse, leading us into a new era of Web 3.0 – also known as the third generation of the internet.

If you’re unfamiliar with these tech buzzwords, you’re not alone. In fact, statistics showed that 55% of Hong Kong people still didn’t know what an NFT was in September 2021 despite its hype at that time. A recent Harvard Business Review poll on Linkedin further revealed that 69% of its 52,075 voters didn’t know what Web 3.0 was.

Given how rapidly technology is developing these days, it is easy to find yourself falling behind these trends – but don’t worry, we will try our best to break down these concepts in our series of articles and give you an overview of what is happening in the digital world.

In this article we will introduce you to NFTs, which became a global phenomenon in 2021 and remain a hot topic in 2022. Some people speculate NFTs will become mainstream this year and indeed, NFT trade volume had nearly tripled from $2.67 billion in December 2021 to $6.86 billion in January 2022, showing NFTs’ enormous potential for growth in the coming months.

Others, however, think of NFTs as a bubble due to pop soon. Youtuber Johnny Harris compared the NFT wave to the Internet boom in the 90s, when the stock market surged because of the hype surrounding new internet companies and reached its peak in March 2000 “until the bubble burst” and a lot of these companies went under or lost their excitement valuation that they had”. Considering the recent stablecoin crash which served as a warning to many crypto investors, it is understandable why some people continue to hold skepticism towards crypto and digital assets despite its current widespread influence.

NFT is short for ‘non-fungible token’. Cryptocurrencies are fungible tokens, meaning they are interchangeable tokens, each equivalent in value. For example, one Bitcoin is equal to another Bitcoin. ‘Non-fungible token’ means the exact opposite – each NFT is one-of-a-kind and one NFT cannot be exchanged for another.

NFTs are digital certificates entered into the blockchain that convey rights over unique digital assets. They can be digital collectibles, videos, in-game items, photos or even memes, like this Nyan cat gif that became an internet sensation in 2011.

Similar to physical items, NFTs can be bought and sold online, typically with cryptocurrency. The first and original Nyan Cat NFT was sold for 300 ETH (Ethereum, a type of cryptocurrency) in Feb 2021, which was then-equivalent to about 690,000 USD.

Whilst the Nyan cat gif and video can be viewed for free anytime and anywhere on the internet, buying the NFT of the first and original Nyan cat gif allows you to earn the rights to it (depending on what rights are ascribed to the NFT that is being transferred). This gives the NFT collector the ‘digital bragging rights’, which is, as a Forbes advisor once said, more valuable than the asset itself.

What is a blockchain?

NFTs are stored and powered by smart contracts on a blockchain, usually the Ethereum blockchain, and are trackable by using the blockchain as a public ledger. Those who are familiar with cryptocurrency would already have come across blockchain technology, as blockchains are most known for being used to store cryptocurrency transactions.

A blockchain is a digital ledger that is duplicated and distributed among nodes of a computer network.  As its name suggests, a blockchain stores data in blocks.

Here is an image from Investopedia that depicts how the blockchain works:

In the NFT context, when an NFT transaction takes place, the request to enter into a transaction is transmitted to all the computers on the network, which then check the validity of the transaction. They check, for example, whether the person (whose previous transactions can also be seen by everyone on the network) buying the NFT has enough cryptocurrency in their wallet to purchase it.

When the transaction is confirmed as valid, the data of the transaction is entered into a block which, when filled, is then chained onto the previous block, making the data chained together in chronological order. As there is a timestamp of when a block is added to the chain, it creates an ‘irreversible timeline of data’.

The Perks of a Blockchain

1. It is decentralised. Given that the data held in the blockchain is shared among the computer network instead of being held in one place, data is highly unlikely to be lost due to a single point of failure. It also provides a ‘trustless environment’, where no one has to entrust their data to a specific party (e.g. bank).

2. It is immutable. It is almost impossible to alter the data in previous blocks as they are already distributed to different computers. If, say, a hacker tries to alter a record in one computer, the other computers (the majority) still hold the ‘accurate’ record of transactions, and will easily be able to point out the node with the incorrect information and reject the altered version.

3. It is transparent. As each transaction is recorded and distributed in the network, anyone can see the ongoing transactions on the blockchain.

4. It is secure. The decentralised, immutable and transparent nature of the blockchain enables it to maintain a secure record of transactions.

What NFTs and the Blockchain mean to Digital Content Creators

The rise of social media has paved the way for the thriving community of digital content creators, who have and will continue to utilise various online platforms to mass distribute their content. This, however, makes it easy for anyone to freely access, download and plagiarise such content. Hence, content creators often earn limited revenue and are not duly credited for their work despite their contents’ “success” on the internet in terms of reach. The value of their content also plummets due to their high accessibility.

By turning their work into an NFT, content creators can generate “a unique and finite tokenized version of their digital creative works”. Content creators can monetise their digital work and even set a limit to the number of replicas that can be made of their work. With a number assigned to each replica, they can be uniquely tracked; any account or wallet owning a replica will also know how many other replicas were created from the same source. The limit to the number of replicas and the unique tracking makes the content scarce and exclusive – hence increasing the value and integrity of the digital content creators’ work.

Piracy is no longer an issue as each NFT is unique and cannot be replicated. As people can view the immutable line of blockchain transactions, there will also be no disputes over who the original creator of the NFT was, allowing the creator to be duly credited for their work.

Content creators can even use smart contracts to ensure they receive royalties for their NFTs each time it is resold. Smart contracts are ‘digital contracts which are programmed to execute automatically once a predefined set of conditions are fulfilled’. Once incorporated into the NFT, each time it is resold on the same platform where it was initially listed, and the conditions of the contract are met, a portion of the proceeds will automatically be paid to the original NFT creator as royalty payments. Given the immutability of the blockchain, the smart contract and its code is permanently minted into the particular NFT on the blockchain so the contract cannot be replaced, deleted or amended – allowing the original creator to receive royalties infinitely down the line of transactions.

Of course, as with other new technology, there is still a lot of confusion and controversy surrounding smart contracts. It is important to check the terms properly or consult an expert before buying an NFT so you can be aware of the smart contract and terms that are attached to it.

That aside, it is prominent that NFTs and blockchain technology have revolutionised the world of digital content.

Though Hong Kong appears to be relatively late to the trend, we can see from the recent widespread NFT advertisements that the concept of digital assets are becoming increasingly prominent in Hong Kong.

Kathy Kukreja, Co-Chair of the Blockchain Committee in Fintech Association in Hong Kong (FTAHK), gives us her opinion on the NFT scene in Hong Kong:

"The NFT scene in Hong Kong is booming and shows no sign of abating. The city has always been a centre for financial innovation, and is also well known for hosting large-scale international art events. In recent years, Hong Kong has bolstered its bona fides within the fintech community, fostering creation of some of the most established digital asset companies to date, including crypto.com and Animoca Brands. The combination of these factors makes Hong Kong a natural contender to be the crypto and NFT hub of Asia."

NFTs are new, exciting and disruptive. So far, the benefits of tokenisation have even reached unexpected territories like fundraising and charity. But like any other technology, NFTs are a double edged sword. Plenty remains unknown regarding its legal implications, the regulations surrounding it, and the ways it could be abused by wrongdoers. We also mustn’t overlook NFT’s potential damage to the environment, which we will address in our next article.

Having said that, there is no reason we should keep ourselves from participating in this defining stage of technological evolution with ample research beforehand. Whether or not the NFT and blockchain hype will die down, their impact is here to stay – just like how the internet eventually became one of the must-haves in most of our daily lives.

The author is grateful to Kathy Kukreja (Lawyer, Co-Chair of the Blockchain Committee in FTAHK) who shared her time and perspectives on this topic. Any views expressed in this article are, however, personal to those of the authors as is responsibility for any errors or omissions.

If you would like to consult an expert or have training on specific topics and areas, please do not hesitate to reach out to Annie Tang by email at annie.tang@staranise.com.hk to learn more about the training services we provide at SALT.

Disclaimer: This article is of a general nature only. It is not legal, financial or any other form of professional advice. If you have any questions for your specific situation, please consult a licensed professional.

Company news and press releases from the PR team at Star Anise.