Exclusive interview: what's it like to be a pro bono lawyer (Part 1)

by Chris Tang in Pro Bono 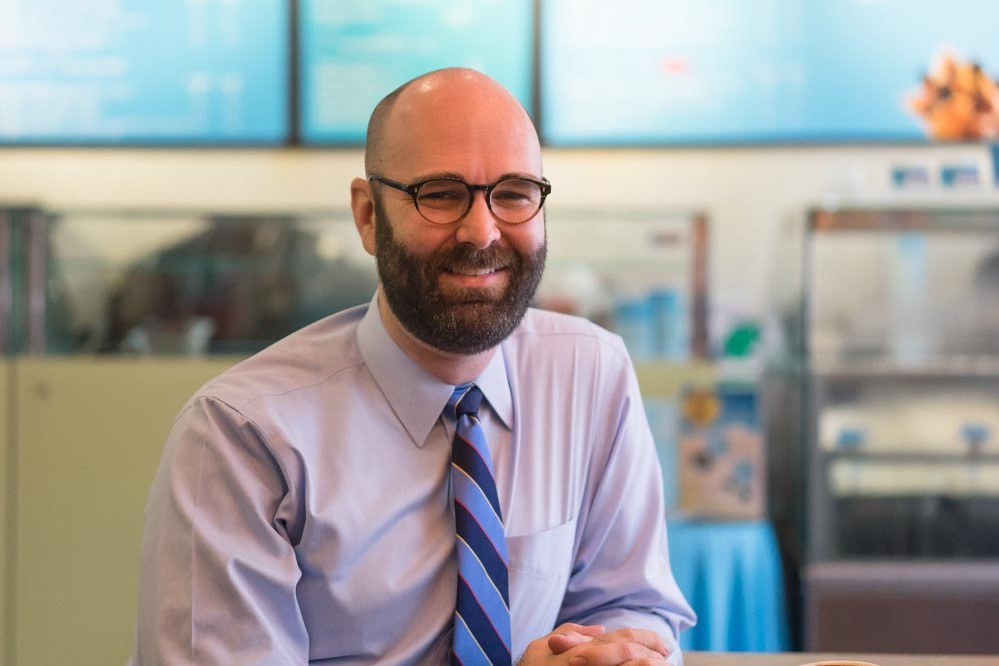 In this Star Anise (SAL) exclusive series on legal volunteer work, Clifford Chance senior associate, Richard Hawkins, talks about his role as a pro bono lawyer with Justice Centre, a human rights organisation working to protect the rights of forced migrants and provides legal and psychological support to the most vulnerable refugees in Hong Kong.

To go to the second part of this interview with Richard, click here.

SAL: Richard, thanks for taking time out of your busy schedule. For the benefit of our readers, please tell us a little about yourself.

R: I grew up in Utah in the United States and moved to Hong Kong in 2010 with my family.  My wife and I have three children—a girl and two boys.  We love our city life in Hong Kong as well as the hiking trails and beaches.

SAL: How did you get to where you are in your career?

R: Prior to attending law school, I spent a year working as a research associate for the Center for the Study of Law and Democracy.  I mainly researched the influence of unreported "soft" money on the 2004 United States presidential election. After law school, I spent two years clerking for a federal judge in Cleveland, Ohio, writing legal memoranda and drafting opinions for the court. In 2010 I joined Skadden, Arps, Slate, Meagher & Flom's Hong Kong office, and in early 2015 I joined Clifford Chance's Hong Kong office. I advise clients on cross-border corporate finance transactions, mergers and acquisitions and other general corporate matters.

R: I began doing pro bono work with Justice Centre (at a time before its rebranding as Justice Centre when it was still Hong Kong Refugee Advice Centre or HKRAC) a few months after I joined Skadden in 2010.

SAL: And how is your pro bono work structured?

R: Clifford Chance has been a Justice Centre/HKRAC partner for many years and in 2012 they chose Justice Centre as the recipient of its annual 'Access to Justice' Award, being a combined donation of money and lawyer time. Because of their strong relationship, Clifford Chance treats Justice Centre like any of the firm's other major clients. Lawyers can do their pro bono work for Justice Centre either alone or in a group, during or after office hours, and in the office or on-site at Justice Centre's offices.

SAL: How did you come to know about Justice Centre Hong Kong?

R: When I joined Skadden in 2010, several of the lawyers in the Hong Kong office were already volunteering for Justice Centre/HKRAC. They were very enthusiastic about the quality of the Justice Centre staff and the positive experience that they were having helping refugees in Hong Kong.

R: Soon after moving to Hong Kong, I met several refugees who were having a difficult time in Hong Kong due to their lack of basic rights here.  When I heard about Justice Centre/HKRAC and the positive experience that Skadden lawyers were having there, I decided to volunteer.  As a newcomer to the city, I felt like it was an important way for me to connect with other lawyers in the office, as well as the Hong Kong community outside of work.

SAL: That's really great to hear this, Richard! And to launch into this role when you first arrived in Hong Kong too, that's very impressive. As a pro bono lawyer for Justice Centre, what do you typically get involved in?

In helping asylum seekers, Justice Centre staff must quickly get a handle on a wide range of legal and factual issues from different jurisdictions around the world. Pro bono lawyers help alleviate some of the staff's burden by researching specific issues and preparing memoranda for the staff.  By way of hypothetical examples, a factual research assignment might involve anything from finding the general prevalence of "honor" killings of Christian women in Pakistan to describing governmental harassment of journalists in Rwanda. Justice Centre staff and other pro bono lawyers use these memoranda in assessing claims, preparing testimonies and drafting legal submissions to support a case.

"Pro bono lawyers help alleviate some of the staff's burden by researching specific issues and preparing memoranda for the staff. "

Justice Centre staff also need help conducting interviews with refugees and preparing their testimonies.  This assignment usually involves meeting with and interviewing an asylum seeker several times over the course of a few weeks and learning every significant detail of his or her life, including his or her persecution and flight to Hong Kong. Pro bono lawyers then compile these notes into a "testimony" or narrative that clearly describes the asylum seeker's history, while trying to preserve the asylum seeker's original voice.

We also do our best to check all available sources to determine whether the asylum seeker's factual claims can be verified. Justice Centre staff and other lawyers use these testimonies in preparing legal submissions.  Courts and other decision-making bodies will also use these testimonies in assessing the asylum seeker's factual claims.

"the legal submission...need[s] to...weave the facts and law together in a compelling petition."

Finally, Justice Centre needs help drafting the legal submissions that will set out the asylum seeker's factual and legal claims for the court or other decision-making body.  Preparing a legal submission requires the drafter to have a good understanding of refugee law and the asylum seeker's claims. It also involves asking and answering difficult questions. Should, for example, a woman who claims to be a member of a minority clan and who also flees persecution by religious fundamentalist militants claim refugee status based on ethnic, social group, religious or political opinion grounds?  If she can claim persecution based on more than one ground, which is most compelling?  Is she really a citizen of her country and a member of that clan? Was she actually a member of militant organization and not a victim?  Could the government have protected her if she had stayed in her country? Could she have safely relocated from her small village to the capital city or another safe area within the country? Why doesn't she have any documents to verify her past or prove any of her claims?  While the asylum seeker's testimony may touch on these points, the legal submission will need to convincingly answer these questions and weave the facts and law together in a compelling petition.

In the second part of our interview, we delve into what inspired Richard and how he manages to balance his work and family life with his duties at Justice Centre.

Interested to know more about Justice Centre and its work, or would like to find out more how you can contribute?

Did you enjoy reading this article?

Then go to our Facebook and Linkedin pages and 'like' them for more articles, discussions and tips on job hunting and career development!