The People (Hong Kong) vs The Coronavirus (lessons from the frontline)

by Davyd Wong in Articles 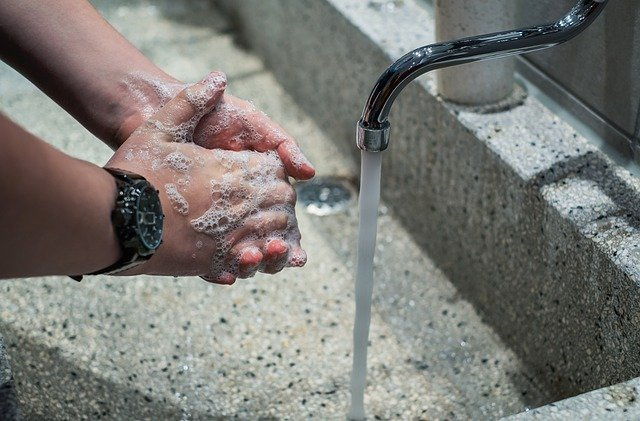 For those countries now facing the novel coronavirus, the lessons learnt in Hong Kong, Singapore and Taiwan are serving as models for the world.

But during the collective battle against this new virus, one of the things that has piqued my interest has been the divergence in rates of infection between Hong Kong and Singapore. The two cities are often compared, and for good reason, as they're both highly developed economies, with world class infrastructure and healthcare, and densely populated areas.

These two cities were also on the viral frontline, being among the first places to directly face the COVID-19 epidemic. But as Hong Kong is connected by a land border to Mainland China, has direct high speed trains from Wuhan, and is in the middle of the winter flu season, you would surely expect the rate of infections to be much higher than on the sunny island of Singapore, right?

Strangely, the reverse is true. Both the total number of cases and the rate per 1 million of population in Hong Kong is significantly lower than that in Singapore. While both cities have done remarkably well in controlling the outbreak, the small differences in their approach could hold valuable lessons for those in other countries now facing the epidemic (See chart below, data source: Worldometer).

Both cities acted quickly with the imposition of travel restrictions and quarantine measures for people from Mainland China and other epidemic hotspots, but beyond their similarities there were also some tellingly differences in their approach. From Chinese New Year (at the end of January), the following things happened in Hong Kong and which did not happen to the same extent in Singapore:

It is this last point in particular, which are essentially a range of individual steps people took at a grassroots level, that I believe has resulted in the big differences in the respective rates of infection.

So what have the People of Hong Kong done? In my view, here are the key things they are getting right:

1. Wear a mask, everywhere. Masks are important, not because they will protect you from infection, but because they slow down the spread of the virus between people. The other benefit of wearing a mask is that it also stops you touching your face - which is how the virus enters your body. Like vaccination though, we all need to wear masks for them to work effectively in the real world. As I am a forgetful soul, I often step out without a mask on. But the moment I do, I feel the looks of disapproval sear through my skin with such intense pain that I'm running upstairs again to get my mask in no time. People also carefully put on and take off the mask, storing them in tissue paper and sealed zip-lock bags when not in use. While ensuring sufficient supply for medical staff is a very valid concern, only using a mask when you have symptoms is too late because you can be asymptomatic and pass on the virus during that time.

2. Frequent hand washing and liberal use of hand santisizer (with 70%+ alcohol content). Everyone is overdosing on alcohol hand santizer, and there are stations everywhere. Bathrooms are fully stocked and sinks utilised as people rush in constantly to wash.

3. Temperature screening and controls, at every corner and doorway. Every lobby, and doorway has set up a cordon and a temperature checkpoint. This means you can't get into any office, restaurant, or entertainment and leisure venue until you have a had a temperature check, stepped on a disinfecting mat, and sanitized your hands (they make you do it in front of them).

4. Clean surfaces with bleach or alcohol, frequently. In Hong Kong, every surface is cleaned hourly or every two hours. Touching surfaces is minimized, and high contact surfaces are covered in plastic for easy cleaning. The people have also invented novel ways to press lift buttons. I was amused to read that New York City would now clean their trains every 72 hours, as a result of the coronavirus. This is not frequent enough.

5. Social distancing, at work and at play, and voluntary isolation. This means no unnecessary contact between people. No handshakes, no in person meetings, no hot pot dinners, or buffets. Space and ventilation are important - as the virus can't travel through the air (only droplets), so any distance helps. While you think this might be Hong Kong's downfall, given it so densely populated, they implemented practical solutions to keep society functioning. From cinemas to restaurants, they purposely space everyone out with empty rows of seats at the movies and empty tables between diners at the restaurants.

There is also wide acceptance of self-isolation measures if you are flying in from overseas, have symptoms, or had close contact with visitors or those who have been to affected places. This also means people are staying at home more, voluntarily, and not visiting the elderly or those living with people in the high-risk groups. If you have kids, you keep them at home or only take them to outdoor areas - indeed, during the peak period of uncertainty there were hardly any kids seen around at all except on hikes and in the big parks. Then, if you are going to the office (rather than working from home), the number of people at any one time in the office are limited.

As outlined in Chris Tang's excellent piece on what employers did to slow the spread of the coronavirus, their actions helped to complement and enhance the collective actions of individuals in other facets of daily life.

6. Stay alert and armed, but not alarmed! Having lived through SARS, almost 17 years ago, the people of Hong Kong are not taking chances, and I admire my fellow resident's evangelical adherence to the highest standards of personal hygiene at the moment. People are also talking about the virus, daily, where infected people have been, what works, what doesn't, and what the latest developments are. There are also public and real time databases of where the cases are in Hong Kong (down to the building level). Fed by a never-ending torrent of news pieces, announcements, notices, and LinkedIn posts on this topic, which are then magnified by social media, memes, and messaging this kept the virus in the front of everyone's mind. You only need to see the public revulsion and how fast people turn away at anyone coughing or spitting in public without a tissue to see how true this is. But this degree of alertness has also resulted in anxiety and allowed fake news to create mass panic on occasions - as we saw with the panic buying of toilet paper - so we still need to be on the watch for these negative side effects by self-filtering and being careful about what we pass on.

One thing that is definitely worth passing on, though, is the outpouring of support for the poor, sick, elderly, and disadvantaged. As not everyone in society has the same ability and resources to adopt these measures, it is encouraging to see people and businesses donating cleaning goods, masks, and services to ensure everyone is kept safe.

Learning to flatten the curve

All of the steps above are designed to slow cross-infections and mixing of people with the goal of slowing the rate of infection in the community (as it is not possible to stop transmission entirely). They seem to have worked, as the rate of infection the coronavirus has slowed in Hong Kong, and the city has also had the lowest rate of flu infections for many years (leading to the flu season ending early). The panic has passed and people are getting on with their lives by incorporating and adapting to deal with the risks posed by the virus, to such an extent that people are returning to the city as a safe haven from the COVID-19.

It is important to slow down the rate of infection in order to "flatten the curve" because our health care systems have a fixed capacity. In this respect, Singapore, Hong Kong and Taiwan have all done remarkably well to slow down the spread and to ensure its hospitals are not overwhelmed. As explained in this Medcram video on YouTube, once the system is overloaded, deaths mount exponentially and things spin out of control.

This is what happened in Wuhan initially and is now happening in northern Italy. So even if the total number of cases over the epidemic period is the same, flattening the curve makes a big difference because if all the cases happen at once healthcare workers need to choose who to treat, but if we can spread them over a longer period of time everyone can get treated. This is also why "flattening the curve" is now the talk of the town in Australia, the United States and other parts of the globe as they grapple with what to do next. Though each country has its own unique challenges in fighting this war, the official response takes time to formulate and implement. But we as individuals can learn much from what the People of Hong Kong have done by themselves, on a micro level. These steps show that there are useful actions that we can each take in our daily lives to dramatically slow down the coronavirus, and that will save lives.

Opinions expressed herein are the my own. I am not an epidemiologist, but some of my best friends are...honestly! (and as an experienced lawyer, we love fact finding, inductive reasoning, and evidence based arguments). Comments and feedback welcome.

Want more insights from an in-house lawyer's perspective? Connect with (or follow) Davyd on LinkedIn!

Follow our company page on LinkedIn for other articles and insights on the legal and compliance recruitment industry!

Davyd Wong is the General Counsel for Star Anise. With experience gained from major international law firms and major organisations, together with working closely with senior managers and consultants at Star Anise, Davyd brings with him unique insights on the legal recruitment industry and legal profession. Connect with Davyd on LinkedIn